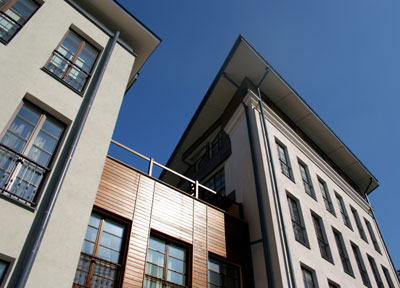 It’s been a big month for strata, with two Court of Appeal decisions extending potential claims available to lot owners.

On 30 August 2017, in Shum v the Owners Corporation SP30621 [2017] NSWCATCD 68 Member Grew awarded a lot owner damages for breach of the OC’s duty to maintain and repair common property under s 106 of the Strata Schemes Management Act 2015

S106 establishes the strict liability of an OC to maintain and repair its common property. Whilst it is in the same terms as its predecessor (s62 of the Strata Schemes Management Act 1996 (NSW), section 106 (5) created, from 30 November 2016, a new statutory cause of action for a lot owner to sue the OC for       damages for breach of the duty to maintain and repair.

Prior to this enactment the  Court of Appeal in The Owners Strata Plan 50276 v Thoo [2013] NSWCA 270 established that a lot owner had no common law right to sue the OC for damages for breach of s62.

Mr Shum, a lot owner, first notified the OC, in January 2016, that the roof was leaking into his tenanted unit. The OC did not repair the roof. Mr Shum sought orders for the repair of the roof, and the windows and interiors of his lot. NCAT ordered the OC to repair the roof to stop it leaking into Mr Shum’s unit.

Mr Shum claimed the OC had breached its duty under s106 by delaying the repair of the roof from January 2016 to May 2017. NCAT agreed. The damages sought, and awarded, of over $55,000 were for sums that Mr Shum’s commercial tenant had refused to pay due to the condition of the unit, including rent, water, council rates, levies, and interest.

The new action is available for up to two years after the lot owner becomes aware of their loss. Whilst s106 may provide relief to lot owners with claims suffered after 30 November 2016, it cannot assist those with claims preceding this date, or those outside the 2 year period.

In another win for lot owners, the NSW Court of Appeal in McElwaine v The Owners – Strata Plan No. 75975 [2017] NSWCA 239 determined that nuisance claims are available to lot owners thus reversing Thoo.

The OC argued that Mr McElwaine’s claim under s62 of the former SSMA was flawed as Chapter 5’s dispute resolution regime abrogated a lot owner’s ability to make a common law claim. The Supreme Court summarily dismissed Mr McElwaine’s claim at first instance. The Court of Appeal agreed with the lot owner and sent the case back to the Supreme Court for determination of the nuisance question.

“an owners corporation, as legal owner of the common property, may owe a general law duty of care or a general law duty not to create a nuisance, and not merely a statutory duty that can be enforced only through the  mechanisms provided in Ch 5” and “the rights of a lot owner or occupier of a lot to enforce an owners corporation’s duty in respect of the management or repair of the common property that is owed to an owner or occupier of a lot in that capacity” is not negated by the 1996 Act.” White AJ [26]

Strata ownership is increasing as the urban landscape changes in Sydney.

Resolution of these issues can be by simple communication with the owners corporation or strata manager, by mediation, or by adjudication or hearing in the NSW Consumer and Administrative Tribunal (“NCAT“).

Do you need strata dispute advice?