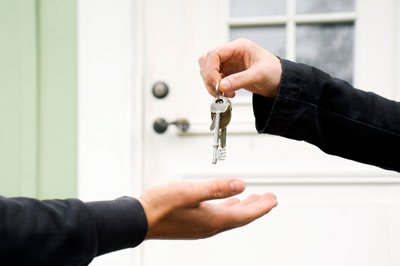 The point of certification appears unclear after the NSW Court of Appeal’s landmark decision in Ku-ring-gai Council v Chan [2017] NSWCA 226.

What is clear is that a certifier, including a   council, does not owe a duty of care to  subsequent purchasers of property in relation to the manner in which it discharges its obligation as a certifier under the Environmental Planning and Assessment Act 1979 (‘the EPA’).

This is so even though part of the certification  process may be whether the property complies with the Building Code of Australia and in circumstances where the occupation certificate is annexed to the contract for sale.

So if defects emerge after the sale, a purchaser has no claim in negligence against the certifier.

The facts of this case and the reasoning of the Court of Appeal are discussed overleaf.

Mr Acres carried out significant renovations to the house as an owner-builder. He then sold the house to a Ms Chan and Mr Cox.

Mr Acres engaged his local council as the Principal Certifying Authority(PCA). During the course of the renovations the Council inspected the works several times but failed to identify defects, some structural. The Council also failed to identify  several non-compliances with the approved plans. Yet on 10 July 2009 the Council issued a final  occupation certificate pursuant to section 109E(3) of the EPA.

The certification included that the building was ‘suitable for occupation or use in accordance with its classification under the Building Code of Australia.’

A significant amount of structural and non-structural  defects were identified after the sale resulting in a substantial rectification bill.

The pertinent issue was whether the Council, as a ‘principal certifying authority’, owed the purchasers a duty to take reasonable care in the issue of an occupation certificate to avoid those purchasers suffering economic loss as a result of the previous owner-builder’s defective building work.

The Court of Appeal overturned McDougall J at first instance, holding that the Council did not owe a duty of care to the purchasers as there was no reliance by them or assumption of responsibility by the Council that would give rise to such a duty.

Moreover, Ms Chan and Mr Cox were not vulnerable in the sense that they were exposed to, but not able to protect themselves from, the Council’s want of  reasonable care in issuing the certificate. The purchasers had the ability to protect themselves against any such failure as they had the protection of the HBA warranties and the, albeit limited, protection of Mr Acres’ home warranty insurance.  If the  Council had been liable for breach of duty involving reliance on the occupation certificate, it would have been necessary to take into account the value of these rights of the purchasers.

In considering Mr Acres’ claim against the Council the Court found that even though there may have been an action available to Mr Acres  in relation to the Council’s lack of reasonable care in issuing the certificate, as Mr Acres had sold for full value he had not suffered any loss.

Mr Acres’ was found liable to the purchasers for breach of the statutory warranties.

The construction of a property or the making of additions, alterations and renovations may not always go according to plan.  Misunderstandings can arise, small problems can become huge issues and parties find themselves suddenly in dispute.

Residential, or home building work, refers to any work involved in the construction, alteration (or additions to), repair, renovation, extension, decoration or protective treatment of a dwelling.

Residential building work is regulated by the Home Building Act 1989 and associated regulations.

In some circumstances a homeowner (including a subsequent purchaser) may have a claim on the statutory based Home Building Compensation Fund in relation to incomplete and defective residential building work.

Do you need advice on a building dispute?

I am an experienced construction lawyer working on Sydney’s Northern Beaches.

I provide practical and cost-effective service to property owners, builders and strata managers.