Extension of misleading and deceptive conduct claims may benefit home-owners. 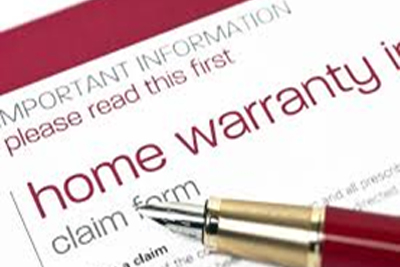 This decision can be contrasted with the 2009 judgment of His Honour Justice Hammerschlag in Janet Campbell v C.J. Cordony & Sons Pty Limited [2009] NSWSC 63.

In both Elias and Campbell the builder’s directors were held to have misrepresented that the company had obtained home warranty insurance when they had not.

In Elias the home-owners were able to obtain damages against the director. In Campbell they were not.

In 2002, Mr & Mrs Campbell entered into a contract for alterations and additions to her family home at Beecroft. Practical completion was achieved on 31 August 2003.

In November 2004 the Campbells lodged an application with Fair Trading. The builder cross-claimed for the work allegedly carried out by it.

The Campbells claimed that the works were incomplete and defective and, against the director of the builder, that they had been misled into entering into the contract because the director had falsely represented that home warranty insurance had been obtained.

After 9 days of hearing the Court found it reasonable to infer that the Campbells may have proceeded with an alternative builder but as they had failed to prove their loss, the claim had to fail.

Despite denying the claim on evidentiary grounds Justice Hammerschlag indicated that, even if the loss had been proven, the claim would fail as the cause of the damages was not misleading and deceptive conduct but the defective work itself. His Honour said:

“[354] Finally it does not seem to me that it can fairly be said that even if they did suffer loss or damage in the manner they contend they did that that damage can be said to have been suffered “by” the builder’s misleading conduct. Their damage was actually suffered by defective work being done, not by the inducement to enter into the Contract being the conduct complained of”.

In March 2013 Mr & Mrs Elias entered into a contract for the demolition and construction of a new dwelling at Greenacre with the first defendant builder, Alloha Formwork & Construction.

The contract was signed by the builder’s director and second defendant Mr Boumelhem. Building work commenced in November 2013 but ceased in April or May 2014. The works did not recommence and were incomplete and defective.

The Eliases sued for the costs of completion including rectification of defects. They also made a claim against Mr Boumelhem, a director of the builder, on the basis that they had been misled into entering into the contract because the builder had falsely represented that he was licensed to carry out the work and that home warranty insurance had been obtained.

Ball J held that Mr Boumelhem misrepresented to the Eliases that Alloha had obtained home warranty insurance when it had not, and that but for that misrepresentation, the home-owners would have entered into a building contract with a licensed builder, and thus not incurred the losses.

“…. It can also be inferred that that house would have been completed within a reasonable time and that Mr and Mrs Elias would not have incurred additional costs in rectifying defects with the house, since any defects would have been rectified by the builder or been covered by the home warranty insurance that the builder was required to take out.

I am an experienced construction lawyer working on Sydney’s Northern Beaches and provide practical, cost-effective services to property owners, builders and strata managers.