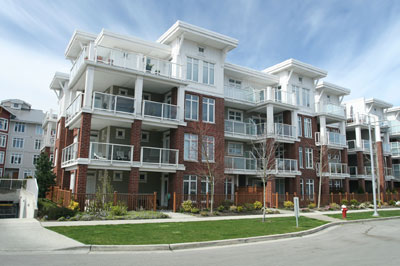 On 12 October 2016, the High Court of Australia delivered a unanimous judgement in Ainsworth v Albrecht [2016] HCA 40, bringing to an end a long running and extremely expensive dispute between lot owners in a community title scheme.

Mr Albrecht won at adjudication, lost at the Tribunal but won again in the Court of Appeal of the Supreme Court of Queensland.  Undeterred the opposing lot owners sought redress from the High Court.

Questions before the High Court included whether the grounds for opposition to the motion were unreasonable and whether it was necessary to balance competing interests of the various lot owners.

The High Court held, in essence, that the relevant question was whether or not it could be said that the owners acted unreasonably.  It was not correct to assess the competing claims, to determine which was the most reasonable.

In finding that the position of the owners was not unreasonable the High Court placed great importance on the loss of common property, as at [55] it said:

“[55]  It is no light thing to conclude that opposition by a lot owner to a resolution is unreasonable where adoption of the resolution will have the effect of:  appropriating part of the common property to the exclusive use of the owner of another lot, for no return to the body corporate or the other lot owners; altering the features of the common property which it exhibited at the time an objecting lot owner acquired his or her lot; and potentially creating a risk of interference with the tranquillity or privacy of an objecting lot owner.”,

“[62] It was also an error on the part of the Court of Appeal to proceed on the basis that it was a consideration tending to show that the opposition to the proposed modification was unreasonable that the common property airspace required to give effect to the proposed modification was of no use to anyone but the first respondent.  A person with a property interest may reasonably insist on conserving that interest even if it is not presently being employed to that person’s material advantage.  That is so, if for no other reason than that he or she may reasonably expect to be offered something in return for agreement to part with it to another lot owner.”

Section 158 (1) (a) of the Strata Schemes Management Act 1996 says that an adjudicator may make an order prescribing the making, amendment or repeal, in terms of the order, if a by-law if the Adjudicator finds “… (a) on application made by an owner, that the owners corporation has unreasonably refused to make a by-law …”.

Section 149 of the Strata Schemes Management Act 2015 is in equivalent terms although the power conferred is on the Tribunal rather than an adjudicator.

It would appear that these provisions are relevantly similar to the Queensland legislation and the approach identified by the High Court will be similarly applicable.

But the decision may, arguably, have wider ramifications. The High Court has indicated that it is not unreasonable for a lot owner or owners to object to the loss of common property for no recompense, even where, arguably, what is being given up is theoretical or unquantifiable.   Accordingly, even where an adjudicator or the Tribunal is being asked to weigh up competing positions, greater weight may be given to the fact that a party is being asked to surrender rights in common property that are indeed theoretical or unquantifiable.

Do you need community title and strata dispute advice?